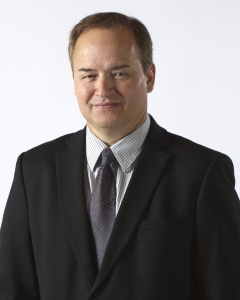 Dana Soonias is a member of Red Pheasant First Nation in Saskatchewan. Over the past 20 years, he has held senior positions with financial, indigenous and government institutions with lead roles in retail, finance, business and economic development.  I hold a Certified Aboriginal Financial Manager (CAFM) designation through the AFOA Canada. He also received his Institute of Corporate Directors (ICD) designation from the Rotman School of Management at the University of Toronto.

Dana worked with the federal government prior to joining the Saskatchewan Indian Equity Foundation for a decade as business services manager, acting general manager and then board member.  He was the inaugural chair of the Aboriginal Entrepreneur Program, a technical advisory committee with the National Aboriginal Capital Corporation Association (NACCA).

Mr. Soonias was the first Indigenous CEO of Wanuskewin Heritage Park where he served in this role and leading the organization for a decade. He took the institution from near bankruptcy to a national award winning organization completing the Thundering Ahead Campaign and addition to Canada’s Tentative List of UNESCO World Heritage sites.

Dana is currently the Director of Economic Development and Employment Training Services at the Saskatoon Tribal Council serving over 33,000 First Nations people, both urban and rural.  He is the Chair of STC Industrial Contracting and Keys Welding Service corporations, two for profit indigenous metal fabrication companies that work with national and international mining companies and crown corporations.

He has served on various boards and committees across the country including AFOA Canada (Chair), First Nations Financial Management Board, Saskatchewan Indian Equity Foundation, Muskeg Lake Cree Nation Investment Management Board, to name a few.