In June 2015, the Chair of the National Indigenous Economic Development Board, Chief Clarence Louie, was invited on a speaking tour in Germany and France. 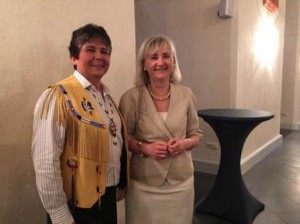 Chief Clarence Louie, Chair of the National Indigenous Economic Development Board, and Marie Gervais-Vidricaire, Canada’s Ambassador to Germany, at the Annual Reception of the German-Canadian Association in Mainz on June 27th, 2015 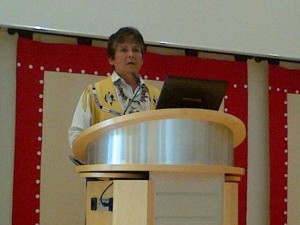 Chief Louie’s visit to Germany included stops in Munich, Berlin and Mainz, addressing audiences at six separate events – ranging from university students, to young entrepreneurs, to established Canada-Germany business networks – on the theme of “Aboriginal Entrepreneurship – Building Sustainable Businesses and Communities”. His presentations describing Indigenous business success stories combined with his clear commitment to the economic development of Canada’s Indigenous peoples were met with positive reactions at all events. Chief Louie’s visit to Germany was profiled in the media and his profile was featured in two major weekly magazines including one of Germany’s largest news weeklies “FOCUS”. 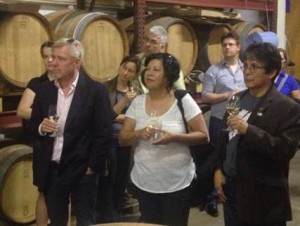 Chief Louie (right) also took the opportunity of a visit to the winery of the official Mainz City Vintner to exchange views on the wine business and to compare some local Mainz wines with those of his band’s prize-winning Nk’Mip Cellars.

Chief Louie’s speaking tour included France, where he was a keynote speaker during the “2015 Canada Week” activities organized by the Embassy of Canada to France. His program in France was based on the theme of promoting economic development and Indigenous culture, as well as to respond to the interest of the French to better understand Indigenous social and cultural realities. 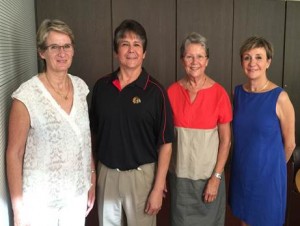 Chief Louie’s visit generated interest of the United Nations Educational, Scientific and Cultural Organization (UNESCO), French parliamentarians, the Office of Tourism, as well as the interest of the Quai Branly Museum that features indigenous art of Africa, Asia, Oceania, and the Americas. Chief Louie made several presentations during which he stressed the importance of Indigenous communities being economically dynamic, not afraid to go into business, investing to become prosperous, autonomous and proud – all in the interest of the future of their communities.

Chief Louie had the opportunity to speak about the dynamism of Indigenous communities, the successful Indigenous economic development initiatives, and the challenges and opportunities that Indigenous people in Canada are facing.

The Board Welcomes Its Newest Member – Darlene BernardNIEDB Recommendations Signal a Critical Moment for Infrastructure Investment...
Scroll to top