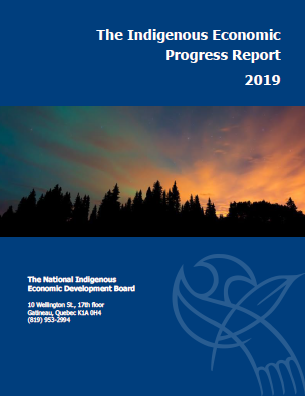 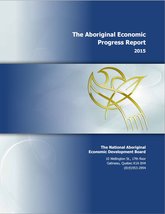 Gatineau, QC – 20 January 2015 – The National Indigenous Economic Development Board is pleased to announce the publication of its most recent report entitled Enhancing Aboriginal Financial Readiness for Major Resource Development Opportunities. This report contains advice and six recommendations on how the financial readiness of Indigenous communities to participate in major resource opportunities […]

Ottawa, ON – October 15, 2014 – The National Indigenous Economic Development Board (NAEDB) today released its latest report – Identifying Success Factors in Urban First Nations. With thousands of land claims currently underway across Canada, the conversion of land to reserve is generating increased interest by Canadians who worry about the social and economic implications to their communities.

The NAEDB conducted a study of six First Nations and neighbouring communities in order to quantify the economic and fiscal impacts of established urban reserves for both the reserve and the surrounding region. The report shows that six communities have collectively created over 7,000 jobs and over $77 million in annual economic activity benefiting both First Nations and neighbouring municipalities.

“Aboriginal economic development should be an ongoing priority,” said Chief Clarence Louie, Chair of the Board. “In the past, some municipalities have expressed concerns that when a piece of land near them is converted to reserve land it would have a negative impact on them. This Board’s study proves that they are wrong. These reserves are flowing jobs and money to the surrounding region and economic development is benefitting not only the First Nations but the communities nearby as well.”

Combined success of the six communities include:

In addition to quantifying the economic success of urban reserves, the report also identifies the five key factors that contribute to their success. These include: infrastructure and services, governance, land management regime, own source revenues and community support.  These factors were determined by interviewing key community members in each of the six cases.

The Report
This report is the first in a two part series on this topic being undertaken by the Board. The second report is expected to be released the coming months and will examine how the economic benefits from new parcels of lands that are being converted to reserve lands, through the Additions to Reserve process, can be maximized.

An Addition to Reserve is a parcel of land that is added to the existing land base of a First Nation or is used to create a new reserve. Land can be added, through the Additions to Reserve process, in rural or urban settings.

The case of six urban First Nations was considered as well as the neighbouring municipalities. The study communities included:

The National Indigenous Economic Development Board
Established in 1990, the National Indigenous Economic Development Board was created by Order-in-Council to provide strategic policy and program advice to the federal government on Aboriginal economic development. Comprised of First Nations, Inuit and Métis community and business leaders from across Canada, the Board plays an important role in helping the federal government develop policies and programs that respond to the unique needs and circumstances of Aboriginal Canadians.

The study on Identifying Success Factor in Urban Reserves was developed for the Board by Fiscal Realities Economists. The report can be found online at: http://www.naedb-cndea.com/publications

For more information or to schedule an interview, please contact:

Chief Clarence Louie, Chair of the National Indigenous Economic Development Board, is pleased to announce three new appointments to the Board effective June 13, 2014.
Hilda Broomfield Letemplier, an Inuk woman from Happy Valley Goose Bay, Newfoundland, is the current President and Chief Financial Officer of Pressure Pipe Steel Fabrication Limited, as well as a long time executive member of the Newfoundland and Labrador Organization of Women Entrepreneurs.

Dr. Marie Delorme, a Métis woman from Calgary, Alberta, is an entrepreneur and current Chief Executive Officer of the Imagination Group of Companies, which specializes in guiding other organizations to operate more efficiently in an effort to generate economic development.

Ruth Williams is from High Bar First Nations, British Columbia and is currently the Vice Chairperson of the First Nations Market Housing Fund. Ruth is also the previous Chief Executive Officer of the All Nations Trust Company.

For more information regarding the new Board members, please consult the Board member biographies page http://www.naedb-cndea.com/the-board/