Op-Ed by Chief Clarence Louie, Chair of the NIEDB , and Dawn Madahbee, Vice-Chair – Earlier this month, the Truth and Reconciliation Commission’s report on Residential Schools generated hundreds of media reports and helped focus attention on the challenges faced by Indigenous communities in Canada.

Residential schools are but one example of the many actions that served to strip our communities of their independence and erode our ability to provide meaningful opportunity to generations of our young people.

While the Truth and Reconciliation Commission is a key milestone with immense symbolic importance, it will have no lasting effect unless we provide the economic tools that our communities need to fully participate in the Canadian economy.

The National Indigenous Economic Development Board’s (NAEDB) vision is for Aboriginal people to be healthy, well-educated, economically self-sufficient and full participants in the Canadian economy. We believe that all of the gains we want to make collectively for the 1.4 million Aboriginal Canadians must be achieved by moving the needle on income, education and entrepreneurship and to close the vast economic gaps that exist between the Aboriginal and non-Aboriginal Canadians. 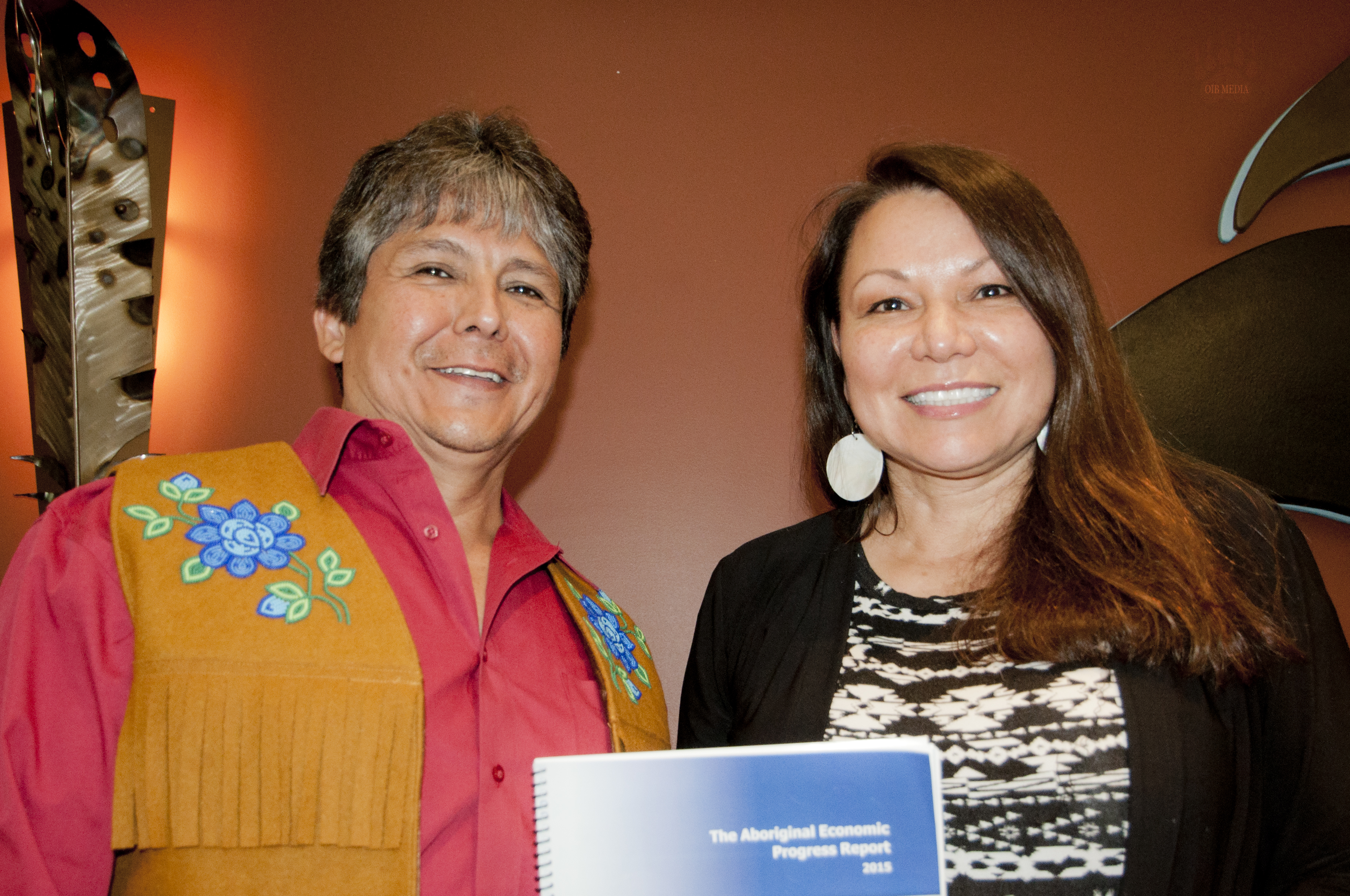 Chief Clarence Louie, Chair of the NIEDB , and Dawn Madahbee, Vice-Chair, at the launch of the the Progress Report during the First Nations Infrastructure, Land Development & Urban Planning Conference (RezLAND) in Osoyoos, British Columbia.

The opportunities for economic development for Aboriginal people today are greater than ever- due to a host of factors including assertive treaty rights, and growing recognition that local communities have much to offer. Success stories include the shipbuilding contracts in Nova-Scotia; the construction of the first on-reserve correction centre in Canada on Osoyoos Indian Band reserve lands; the second largest mall development in Canada by Tsawwassen First Nations; and Air Inuit, which began in 1978 and now employs close to 500 people.

It is estimated that Aboriginal people in Canada will generate $32 billion a year in combined income across households, businesses and governments by 2016 – more than Newfoundland and Prince Edward Island combined.

In 2012, the NIEDBset a bold goal to achieve economic and social parity between Aboriginal and non-Aboriginal Canadians by 2022. We pledged to measure the progress every 3 years from the 2012 baseline and to report back to Canadians. This week, the First Report Card was released – the Aboriginal Economic Progress Report.

In short, Aboriginal people in Canada are currently not on track to achieving parity with non-Aboriginal Canadians. The NIEDB is concerned that much of the economic potential of Aboriginal people remains unrealized. The only way forward is through economic, business, education, employment and community development led by strong governance, political will and sufficient targeted financial investments in these areas.

Based on the findings contained in the report, the NIEDBhas come forward with a set of recommendations including specific strategies for First Nations on reserves, education, employment and skills training, community and business development, youth and data collection in order to strengthen policy making.

The Board firmly believes that economic development is the foundation for real reconciliation and true collaboration between governments, private sector businesses and all Aboriginal people. It is clear that there is still much work to be done before Aboriginal people are in the same position as other Canadians to contribute to and benefit from one of the world’s wealthiest economies.

The NIEDB
Established in 1990, the NIEDB is a Governor in Council appointed board mandated to provide strategic policy and program advice to the federal government on Indigenous economic development. Comprised of First Nations, Inuit and Métis community and business leaders from across Canada, the Board plays an important role in helping the federal government develop economic policies and programs that are coordinated, accessible and responsive to the unique needs and circumstances of Indigenous Canadians.